We've set up a new website for the label at www.tempestrecordings.com. Although still very much under construction, we are keen to get started as we've two brand new releases to tell you about! 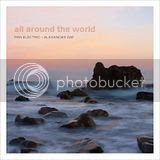 Pan Electric & Alexander Daf: All Around The World (TEMPEST29)
A collaboration in cyberspace from Russian DJ/producer Alexander Daf and UK Chill & ambient artist Pan Electric (Matt Coldrick). The project began after Matt heard an ambient mix of Alex's on internet radio woke up on Neptune 3 days later. A few myspace messages later and the project began. Files began whizzing backwards and forwards about a year ago -

Alex's IDM abstract, Russian style being complimented by the textural Chill ambiences of Pan Electric.
The language barrier became a surreal inspiration after Matt misunderstood a suggestion of Alex's and re-wrote the entire rhythm section of one tune when Alex just wanted him to turn up the bass a bit!
Both of them had been using on line auto -translators which have the same affect as GPS in-car systems on roads often taking you miles out of your way or delivering you where you least expected!
Enjoy the journey. 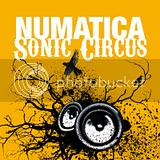